5th place – Andy Murray triumphs!: Just months after a disappointing Wimbledon final defeat to Rodger Federer we witnessed Murray achieving something truly astonishing. With the British crowd behind him he took his first step towards the gold by confidently beating the then world number 2 Novak Djokovic. This set him up to play Federer, a man in red hot form who was comfortably beating anyone who stepped in his way. With the prospect of a gold medal at stake Murray started the match better and flied through the opening set taking it 6 – 2. With Federer stunned , Murray improved on his start and took the 2nd set in style, winning it 6 – 1. The Swiss player did give it a better go in the final set;  however, to the delight of the home crowd, Murray held on to win in three sets, 6 – 2, 6 – 1, 6 – 4. Andy Murray proudly and emotionally collected his Gold medal while his opponent had to settle for a silver. The gold inspired Murray to win his first Grand slam as he triumphed in the US Open. 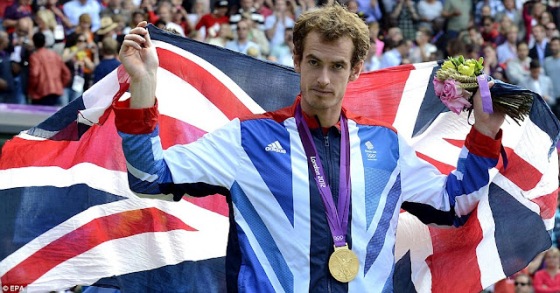 The heptathlon is an event that consists of seven different sports; Shot put, Javelin, 800m, 100m hurdles, long jump and high jump. For every sport you get allocated a certain amount of points depending on how well you have done. Jessica Ennis flew into the lead with great performances in the long jump and high jump which have always been her strengths. She then was faced with her weakest events, the shot-put and the javelin which have weighed her down in previous years. However all the hard work in training paid off as she extended her lead in the table. With the tough events done,  Jessica Ennis finished off her London Olympics with a memorable 800m as flew around the track. Her stunning performance shows what a great all-round sports women she is as she collected her well deserved gold. 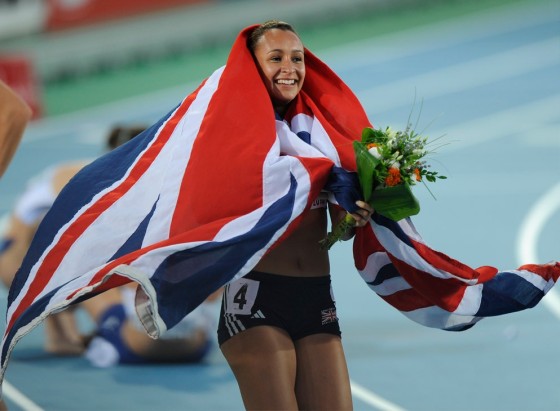 At the Aquatic centre Michael Phelps became the most decorated Olympian of all time by winning his 22nd medal of which 18 are gold. His time in the pool started badly as he finished 4th in the 400-metre individual medley. However it was not long before his luck started to change when he bagged a silver in the 200 metre butterfly. He went on to win another 5 medals, finishing his Olympics with a stunning performance in the team relay. The American swimmer collected 2 silver medals and 4 gold medals as he stormed into the record books. 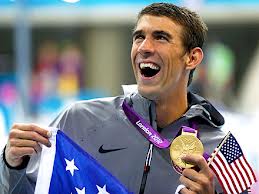 After various defeats to team-mate and rival Yohan Blake people were starting to question the commitment of Usain Bolt. Therefor with the pressure on and the competition even stronger the result was a little less inevitable than normal. The sprinter was to participate in three races; the 100m, the 200m and the relay. Bolt started his campaign in the 100m  where he started slowly but eventually came through to claim gold in an Olympic record time of 9.64 seconds. He wasn’t finished there either as he took the gold in the 200m, this time winning at ease. To put the icing on the cake he paired up with his Jamaican team-mates to win the 100 by 400m relay. The great man will be back to defend all 3 of his titles at the Rio olympics in 2016. 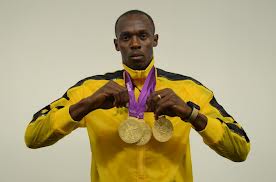 At London 2012 Mo Farah became an instant hero as he gave the British public two performences that they will never forget. After failing to get out of the heats in Beijing 2008 he won Britain’s first ever medal in the 10,000m. This ended the dominance of the Kenyans and Ethiopians who have been unstoppable in all long distance events for the past decade. The runner was then victorious again only one week later in the 5000m. In the race he showed no sign of tiredness until it got to that final lap. When he began to struggle the crowd played a crucial role as they roared him on to the finish line. Mo Farah was born in Somalia and moved to England when he was 8. He found school difficult as he only knew a few words. However running was something that helped his confidence and therefore he has always had a great desire to be a successful athlete.