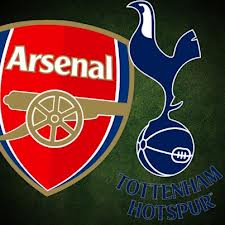 This passionate encounter was anticipated to be a match full of flair and eye-catching football. Previous battles between these two sides have brought us some of the most memorable premier league matches ever.

The fans were prepared, the Emirates was prepared and most importantly the players were prepared! The game kicked off and Tottenham started of the better team quickly scoring the first goal through Emanuel Adebayor. However the first twist in the game came when Adeybayor’s foolish tackle on Santi Carzola gave the referee (Howard Web) no choise but to give him a red card. Arsenal immediately hit back when Per Mertascaer scored the equalizer for Arsenal with a fantastic header from the penalty spot sending the ball straight into the top right hand corner and from there Arsenal didn’t look back. They quickly took the lead thanks to Podolski before Giroud scored the third which made it 3-1 at half time. Tottenham came out in the second half with purpose and threw everything at Arsenal. Although Arsenal were starting to do all of the defending they still managed to score on the counter attack as Carzola tapped in a cross from podolski. Gareth Bale scored a goal for Tottenham however it was only a consolation. Theo Walcott then scored for Arsenal making sure of all three points. Final score 5 – 2.

Posted by kieranhartsport on November 26, 2012 in Sport, Uncategorized.